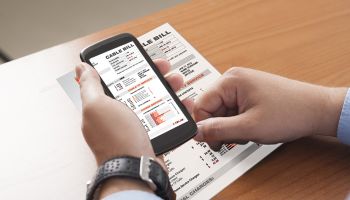 Consumers are paying their bills in more ways than ever before, with the number of consumers paying bills from smartphones and tablets growing significantly, says Fiserv in a recent study.

Gen Y in particular prefers a variety of channels and immediate payment options, and uses the mobile channel to manage billing and payment more than other generations. As more of these young consumers take on bill payment responsibility, a growing Gen Y effect will influence how billers are innovating and offering services based on changing consumer preferences.

Mobile bill payment usage doubled from 8 million U.S. online households in 2012 to 16 million in 2013. This growth was driven primarily by smartphone owners, among whom mobile bill payment surged 150%. Consumers who pay bills using their mobile device do so primarily for its convenience (70%), anytime access (55%) and time savings (49%). It is important for billers to have a mobile-optimized website for bill payment as mobile-optimized bank and biller websites are the most popular choice when paying bills with a smartphone, although apps for billers and banks were also popular and grew rapidly.

Many consumers continue to use established methods of paying bills like checks, phone, or in-person payments, and two out of three believe it is important for billers to offer multiple ways to pay bills. The Gen Y effect is evident here as 74% of Gen Y respondents consider offering multiple payment options important, compared to 67% of all respondents.

"While new bill payment channels such as mobile and tablet are coming on strong, traditional channels remain in use, creating a need for billers to support an ever-growing set of billing and payments, channels, and payment types," says Jardon Bouska, division president, Biller Solutions, Fiserv. "Americans, particularly Gen Y, are hungry for multiple options for digital bill presentment and payment.”

• Mobile-specific capabilities can drive digital bill payments. The survey found that the No. 1 motivator to pay bills or pay more bills using a smartphone is the use of an app and smartphone camera to take a picture of the bill, cited by 36% of respondents. Using the camera to capture and then auto-populate bill payment fields streamlines the bill payment process. This finding reinforces the fact that consumers desire more engaging, simple, and quick user experiences facilitated by their mobile device.

•  Tablets have a seat at the table. More than one in three tablet owners had used their tablet to visit a biller site in the previous 30 days. The primary reason for the visit was to pay a bill (63%) followed by accessing invoice information and history (36%). One in four tablet owners use their tablet to pay bills at either a biller or financial institution website—an increase of 19% over 2012. The survey also found that 60% of tablet owners would like to receive e-bills on their tablet.

•  Billing and payment drives website visits. More than 80% of consumers who visit a biller's website do so to pay a bill, reinforcing the importance for billers to make billing and payment a prominent and strategic part of the site. Seventy-one percent of consumers who use a biller site to make payments say that online accessibility has eliminated the need to call customer care. Billers who do not provide an easy, direct, and clear way for consumers to find billing and payment information and options risk abandonment and the use of higher cost channels to pay bills.

The Billing Household Survey was conducted in May 2013 by The Marketing Workshop on behalf of Fiserv. It was completed by 3,004 respondents at least 21 years of age and responsible for paying bills. The results are representative of the U.S. population of online households, which is approximately 100 million out of 121 million total U.S. households. Fiserv is endorsed for payments products by ABA’s subsidiary, the Corporation for American Banking.