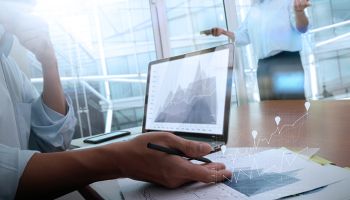 There's a world of difference between a performing loan and a loan that is beginning to slip. Often the signs are there to see—when analysts keep their eyes open.

Risk ratings are critical tools for growing and maintaining a safe and sound portfolio. Regulatory risk classifications provide definitions only for assets that are considered criticized—effectively defining everything else as “Pass.”

Given the “everything else” definition, rating a loan Pass may seem simple, but anyone who has defended a borderline credit knows risk rating assignments can be subjective.

Let’s explore two characteristics that Pass assets should be expected to have:

• The borrower is performing as agreed.

• Repayment is expected in the normal course.

Without these characteristics, a loan is likely in need of the special attention of the bank—which is essentially the definition of “Special Mention.”

When speaking with bankers, it is common to hear that so long as their borrower is current on payments, they don’t see an issue if other expectations are not met.

True, timely payment of principal and interest is critical to being considered a Pass asset. However, because the consequences of not paying are severe from the borrower’s perspective, this is likely to be the last performance indicator to slip. The bank receives the signal that all is not right only after there is an issue.

If bankers do not want to wait for payment performance to slip before considering a non-Pass rating, what else can they look at to confirm the borrower is performing as agreed?

The answer can be summed up simply: How does the borrower’s actual performance compare to what was expected when the loan was underwritten?1

When analysts underwrite loans, they make assumptions about how a borrower will perform.

A single instance of a small deviation would not likely be cause to downgrade to a criticized level. However, a pattern of consistently missing projections or a severe miss should be cause for concern, even if the borrower is still current on payments, because it may indicate a concern with future cash flow.

Often banks are not entitled to receive annual budgets from borrowers. This lack of a formal deliverable should not relieve the analyst’s responsibility to consider the borrower’s performance compared to expectations.

If specific financial projections are not available, the analyst may evaluate management’s ability to deliver on stated objectives in other ways. Site visits, conversations with the borrower, and understanding the borrower’s industry and trends can provide valuable context. For example, a borrower may disclose plans to refurbish a hotel to remain modern and attract patrons. Through site visits the analyst can see the project’s progress and consider that information as part of the overall assessment of the borrower.

Covenants are the ultimate “performing as agreed” mechanism. After all, the contract stipulates up front that the borrower agrees to do, or not do, certain things. Still, bankers will often debate whether covenants are important and therefore whether a failure to meet one should result in a criticized rating. Said another way, is full covenant compliance a prerequisite to being rated Pass?

To answer this question, let’s step back and think about the role of covenants in the management of the loan.

There are two problems with this reasoning.

First, without updated financial information, the bank is unlikely to have an early warning of non-payment. For example, it’s possible that the borrower is continuing to pay from sources other than cash flow (more on that below).

Second, if the bank does not follow up on the covenant default, it is likely to set a pattern that will make it difficult to enforce the covenants later when the bank decides it wants updated information.

In short, the bank would be better positioned to set covenants with care and use them actively to monitor the account—including considering a downgrade from Pass when they are breached.

As part of underwriting, the analyst should determine how the bank expects the borrower to repay the loan. In most cases, this repayment comes from cash flow generation—whether that is from tenants paying rent or the borrower selling dog bones to pet supply shops.

Even in traditional asset-based loan structures, the borrower converts inventory to accounts receivable and then to cash to repay the loan.

How would the bank know? There are a couple of indicators available, and it means collecting updated financials.

One indicator that the borrower is not making payments in the normal course is if debt service coverage falls below 1.0x for an extended period.

“Extended” should be read in the context of the individual borrower. A seasonal company, such as a landscaper, is expected to have quarters where cash flow is limited—unless the borrower has a business model where its customers pay an even amount each month of the year for services provided only in the summer.

The analyst needs to understand the nuances of the specific borrower in order to see when an issue may be brewing.

A second indicator would be unexplained decreases in other tangible assets, such as land or property, plant, and equipment. Again, the analyst needs to understand their borrower. If the planned exit from the loan was the sale of land, for example to a housing developer, then selling land is actually repayment in the normal course. However, if the borrower was expected to sell dog bones to pet stores, then selling land would be an indicator that something is wrong.

Even if the bank had not received updated financial information, a site visit or industry scuttlebutt may help identify if assets are being sold unexpectedly.

Finally, stretching payables is a source of cash, and not a sustainable one. Borrowers who put off paying their vendors in order to make loan payments are likely to find themselves without suppliers, putting the company’s cash flow even further at risk. Increasing days payable is often a sign that the borrower is not able to repay in the normal course and should be considered for a rating other than Pass.

Spotting the shades of gray

It can be difficult to conclude that a borrower who is continuing to make payments should be rated anything other than Pass, particularly if the loan is well-secured by strong collateral. The analyst should remember, though, that the definition of Special Mention is an asset that has potential weaknesses that deserve management's close attention.

When the loan is viewed under this lens, it becomes easier to see how performing as agreed and repayment in the normal course should be prerequisites for maintaining a Pass rating. After all, if a borrower cannot—or will not—provide financials statement on time, should that not cause the bank to pay attention?

Likewise if the borrower is not meeting other covenants or does not have the ability to repay the loan in the way it expected to at origination.

Because Pass is only defined as everything other than criticized, bankers must consider these elements in assigning Pass ratings to loans that may have started to show signs of degradation.

1.See page 5 of the Accounts Receivable And Inventory Finance section of the Comptroller’s Handbook.

More in this category: « Few community banks ready for CECL
back to top