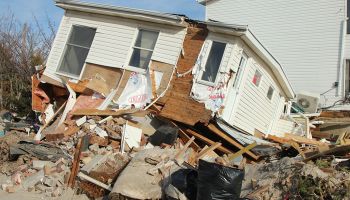 Congress has passed, and the President has signed, the Homeowner Flood Insurance Affordability Act of 2014.

The legislation reverses some of the damage done by the Biggert-Waters Flood Insurance Reform Act of just two years ago to homeowners who have, or will be, facing significant increases in flood insurance premiums.

Much of the focus of Congress in passing the law, and why it received enough bi-partisan support, was because it was primarily intended to relieve homeowners who were facing unanticipated increases in flood insurance premiums this year and for the foreseeable future, as well as impacting home sales in parts of the country that can least afford it.

Most of the headlines about the new law focus on the premium relief for homeowners, and rightfully so. Lawmakers were persuaded to take action by stories of homeowners who were seeing dramatic increases in flood insurance premiums.

The new law will help homeowners by limiting annual rate increases to 18% per year. It also eliminates the sales trigger, which required homebuyers to pay the full risk rate for flood insurance when a home was sold. That was definitely putting a damper on home sales in many parts of the country.

What new law means for lenders

However, the new law postpones the effective date for mandatory escrowing of flood insurance premiums for affected loans to Jan. 1, 2016.

What that will look like, we’ll have to wait and see. In the meantime, it appears that the requirement to escrow all flood insurance premiums beginning July 2014 is on hold.

The moral of the story here is, don’t order too many Special Information Booklets right now. They are already out of date.

The reason for this disclosure and change to the Special Information Booklet is another change made by the new law: Elimination of the requirement to obtain flood insurance for detached structures on residential properties.

A guest house or a detached garage with a living space above the garage are two examples. This may be welcome news for compliance folks. Missing flood insurance policies for multiples structures has been cited as a technical compliance violation in recent compliance examinations.

More information will be coming soon about the new Flood legislation. Back to the drawing board for the regulators with the flood escrow rules.