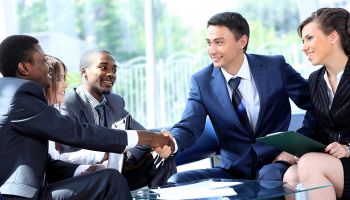 I almost hesitate to write about HMDA again this month, since last month my topic was also about HMDA. If it wasn’t for the fact that it’s so darn important and it keeps jumping out as a subject that needs emphasis—even during these mortgage rules-crazed days just before January 2014.

So,  I just can’t help myself.

Take a page from the Fed, really

On its website, the Federal Reserve Board published an article that examines the 2012 HMDA data from a national perspective. It presents some interesting overview facts about the combined pool of HMDA data from all institutions and what it says about the real estate lending environment in 2012.

The Fed is doing at a global level what every individual HMDA reporting institution should be doing with the HMDA data, and that is analyzing the data and seeing what the data can show us about lending patterns and practices.

• Mortgage originations (all HMDA-type loans) increased by 38% over 2011

• Home improvement loans were up 12% over the previous year

HMDA lending, in general, has been increasing over the past few years since the peak of the pre-crisis years.

Drilling into the detail

Analyzing the HMDA data based on race and ethnicity, the Fed found that, overall, the number of home purchase loans made to all racial and ethnic groups increased.

The Fed also reported that denial rates for home purchase loans overall were higher for Black/African American and Hispanic White borrowers than other groups.

The Fed’s analysis went further and took a portion of the HMDA data from certain reporters and matched it to borrowers’ credit records, which goes beyond the HMDA data and examines subsequent payment performance and other factors that are not captured in HMDA reports.

For example, the Fed found that credit scores of Black/African American and Hispanic White mortgage borrowers at the time of loan origination tend to be lower and subsequent delinquency rates higher than Asian and non-Hispanic White borrowers.

This is just a small taste of what is in the Fed’s report and a small sample of what lenders could and should be doing with their HMDA data (and additional loan file data).

Some things to think about

Can you answer these questions about your 2012 HMDA data?

• What categories of lending increased or decreased over the previous year?

• What are the denial percentages for each racial, ethnic, and gender group?

• Are HOEPA or higher priced mortgage loans on the rise? Overly represented in certain ethnic, racial, gender or income groups?

• What census tracts in the market are not represented in the bank’s lending portfolio? Under-represented?

Can you add to this list?  What other important questions should be asked?

More in this category: « CFPB hammering home HMDA accuracy Does new CFPB mortgage disclosure comply with Truth in Lending Act? »
back to top