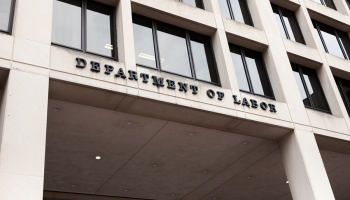 The Department of Labor (DoL) is acting contrary to “45 years of precedent” in its attempt to restrict the ability of pension plan fiduciaries to incorporate socially responsible investment (SRI) into their strategies, according to the Investment Company Institute (ICI).

In a letter to the DoL, dated July 30, the ICI criticized the department’s plan, arguing that it was based on incorrect assumptions and misunderstandings of how SRI is enacted within investment strategies by plan fiduciaries, advisors and asset managers.

While it agreed that fiduciaries should be focused on financial interests above other factors, the ICI stated: “We cannot support the proposed rule because we are deeply concerned that it will have significant unintended consequences.

“It is premised on an incorrect assumption that integrating environmental, social and corporate governance (ESG) considerations into an investment management strategy is, by nature, non-pecuniary and inconsistent with the essential goal of plan fiduciaries to be focused solely on the plan’s financial returns and the interests of plan participants and beneficiaries in their plan benefits.”

The DoL’s plan also risked setting a dangerous precedent, the ICI claimed, as targeting a specific investment strategy “could lead to more stringent restrictions on other investments and investment strategies the department may disfavor in the future”.

This contravened a prescription contained in the Employee Retirement Income Security Act (ERISA) against the “creation of ‘legal lists’ of permissible investments”, the ICI said.

At the end of June, the DoL published a planned amendment to ERISA that would require pension fund fiduciaries to only consider factors that had a direct financial impact on beneficiaries.

Eugene Scalia, secretary of labor, said at the time of the proposal’s publication: “Private employer-sponsored retirement plans are not vehicles for furthering social goals or policy objectives that are not in the financial interest of the plan.

“Rather, ERISA plans should be managed with unwavering focus on a single, very important social goal: providing for the retirement security of American workers.”

But the ICI hit back at the department’s interpretation, arguing that the proposed rule suggested “without evidence” that SRI and ESG considerations were separate from financial concerns.

The ICI stated: “However, the department provides no evidence to support such a conclusion, and seemingly ignores that professional investment managers increasingly analyze ESG criteria precisely because of risk, return, and fiduciary considerations.”

The fund management trade body also raised concerns that the requirements “would apply heightened fiduciary requirements or prescriptions to the use of any investment strategy that incorporates ESG considerations”.

“This sudden shift departs from more than 45 years of precedent dating from the adoption of ERISA and appears to be based on an incomplete understanding of ESG,” the ICI said.

Earlier this week, State Street Global Advisors chief executive Cyrus Taraporevala argued in an op-ed for the Financial Times that US regulators were “making a mistake that will undermine the long-term financial interests of millions of Americans saving for retirement”.

Other associations and organizations, including the American Bankers Association, have also voiced their strong disapproval of the DoL’s plans.

The ICI’s full letter can be accessed here.