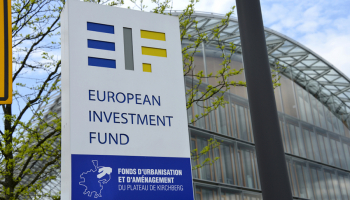 The announcement was made during the COP27 Climate Conference in Sharm-el-Sheikh, Egypt.

The EIF has invested in funds backing climate action and environmental sustainability projects across Europe, alongside several other investors and organizations including the EU’s private equity body, InvestEU.

The five funds invest in areas such as food innovation, renewable energy, energy efficiency, the circular economy, the blue economy, and water, aligning with several of the United Nations’ Sustainable Development Goals.

Growth Blue Fund I focuses on Portuguese small- and mid-cap private equity companies that are involved in “sustainable economic activities relating to the oceans”, according to a press release from the EIF.

PureTerra Ventures is a small- and mid-cap investment fund allocating to water technology companies across the EU, while the Zintinus Fund I has a similar EU-wide approach to sustainable food innovation companies at the venture capital stage.

Alessandro Tappi, chief investment officer at the EIF, said contribution to the “green transition agenda is a top priority” for the fund and its parent organization, the European Investment Bank.

“This has become even more important and urgent given the current energy crisis,” he added. “Signing these commitments at COP27 sends a strong market signal that investing in green business models and technologies is possible and vital to our common future.”

At COP27, several organizations called for more collaboration at all levels to reduce and adapt to climate change.

Rebecca Grynspan, secretary-general at UNCTAD, called for a “roadmap and a global alliance that gives us clear directions for how to maximize the contribution of the international trade and investment system to fight against climate change”.

World Trade Organization director general Ngozi Okonjo-Iweala added: “We need to build a coherent framework of trade and investment policies and roadmaps that can accelerate the energy transition and boost re-investments.”