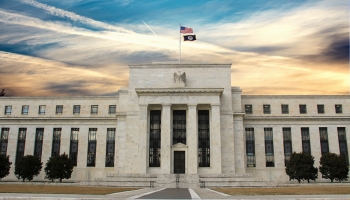 Six of the US’s biggest banks are working with the Federal Reserve on a climate risk analysis project to improve regulatory assessments and understanding.

The banks will analyze how their businesses and balance sheets will likely perform under different climate change scenarios. The Fed will set out the scenarios and the various climate, economic, and financial variables to be considered at the start of the exercise.

The Fed planned to engage with banks over the findings of the scenario analysis, it said, and would help them “build capacity to manage climate-related financial risks”.

After the exercise is complete — expected around the end of 2023 — the Fed said it would publish reports on its findings “at an aggregate level” but would not be releasing company-specific data or information.

Brian Moynihan, Bank of America’s CEO and chair, said in his introduction to the firm’s latest TCFD report, published last month: “We believe in the power of the private sector to solve the world’s greatest challenges. Bank of America is working with many other companies and entities to help shape a just transition toward the low-carbon, sustainable energy future.”

“Working with clients in every sector, we are making significant progress on the sustainable finance goal we set in 2021 to mobilize and deploy $1.5 trillion by 2030, including $1 trillion aligned to the environmental transition.”

A recent survey from Boston Consulting Group (BCG) found that US retail banks were increasingly “building sustainability into their digital transformation programs” as they sought to reflect the risks that climate change and other issues posed to their business models.

BCG reported that approximately three-quarters of retail banks planned to increase how much they spent on environmental, social, and governance (ESG) initiatives. A quarter of respondents said ESG was a “primary focus area”, and almost half said they were focused on environmental issues such as lowering energy usage.

“Sustainability has moved up the priority list for all stakeholders, making it the next frontier of competitive advantage for retail banks and a pillar for future growth,” said Thorsten Brackert, partner and director at BCG and a co-author of the study. He added that retail banks could also “generate considerable returns” through offering ESG-related products.