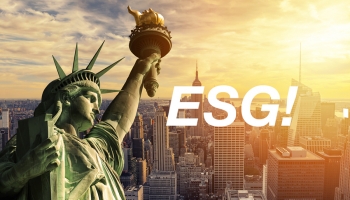 The letter follows several bans issued by states including West Virginia, Idaho, Oklahoma, Texas, and Florida forbidding state entities to do business with financial companies that have exclusionary ESG policies. These include policies to divest from fossil fuel companies.

States that have blacklisted ESG-positive finance firms “apparently believe, despite ample evidence and scientific consensus to the contrary, that poor working conditions, unfair compensation, discrimination and harassment, and even poor governance practices do not represent material threats to the companies in which they invest”, the letter stated.

The treasurers added: “They refuse to acknowledge, in the face of sweltering heat, floods, tornadoes, snowstorms and other extreme weather, that climate change is real and is a true business threat to all of us.”

Instead, the signatories argued that asset managers and other providers should be appointed “without an ideological or political screen”, while companies “should be challenged to think about the implications of predictable risks and use those insights gained to evolve their business models and seize opportunities”.

West Virginia’s Treasury Department has published a “Restricted Financial Institutions List” that “may disqualify” banks with ESG policies from doing business with the state. In addition, any new banking contract restricts the provider from making any moves to boycott energy companies.

The treasurers’ letter concluded: “What has truly made America great in the past is how we Americans face risk and opportunity with courage and conviction. We seize the moments with eyes open to what the future can be and create ways to turn events to our advantage.

“As we watch other states using blacklists to obstruct the free market, we want to make it very clear that we are in it for the long term.”