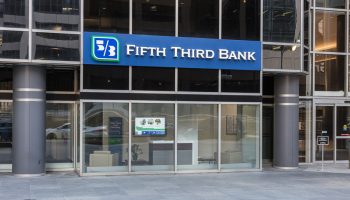 Fifth Third Bank has announced a new $100 billion target to include additional environmental eligibility criteria by 2030.

The company’s original renewable energy lending and financing-focused target was set in 2020, with the goal of lending or financing $8 billion to renewable projects (solar, wind, geothermal, biomass and hydropower) by 2025.

According to Ohio-headquartered Fifth Third, the scope of its public commitment was limited to lending and facilitation of capital raising as these services contribute most directly to attracting new investments in renewable power.

Through this goal, the company has, to date, contributed to the completion of more than 600 renewable energy projects across 28 states.

Eric Cohen, managing director, Renewable Energy Finance, said: “Achieving our $8 billion renewable finance goal ahead of schedule is a testament to the growing awareness of our need to create new sources of renewable energy.”

“Clients have found value in the expertise and services we provide—financing as well as capital raising—that enables them to build renewable projects,” Cohen added.

Having met its $8 billion target, Fifth Third has now set a new $100 billion environmental and social finance target, which it is aiming to achieve by 2030.

The company’s newly released Environmental, Social and Governance Report 2021 noted that the Fifth Third Environmental & Social Finance Framework will provide clarity to stakeholders, allowing them to determine which services are eligible and the value of transactions toward the 2030 target.

The framework enables financial products and services to be classified and reported as sustainable through a consistent and comprehensive methodology approach.

Fifth Third’s new president and CEO Tim Spence said: “As a financial institution, we have a distinct and crucial role to play in the transition to a sustainable future. We are intent on delivering long-term value for all we serve and to building healthy, inclusive economies for everyone’s benefit."