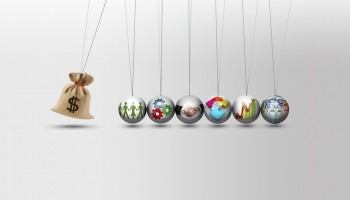 US investors are growing more interested in impact investing – but remain concerned about potential greenwashing.

An investor survey conducted by American Century Investments found that 61% of all US respondents found impact investing appealing, up from 51% in the 2020 survey.

American Century Investments said the recent economic downturn as a result of the COVID-19 pandemic acted as a driving force for the increase in interest from investors in multiple countries.

Half of US respondents said they were concerned about greenwashing, and the issue’s importance increased over the past year, according to the survey.

Sarah Bratton Hughes, senior vice president and head of ESG and sustainable investing at American Century Investments, said: “We expect greenwashing not only to remain a concern, but to expand beyond environmental or climate claims to claims related to all Sustainable Development Goals.

“The combination of regulatory pressure, investor demand and industry cooperation will help drive clarity, consistency and transparency across the sustainable investing space.”

The findings come as the Securities and Exchange Commission (SEC) has published new rules and definitions designed to limit greenwashing and hold asset managers and product providers to account over the sustainability claims they make.

The SEC recently fined a subsidiary of BNY Mellon $1.5 million over misleading claims about its ESG credentials.

American Century Investments’ survey was conducted at the end of 2021 across the US, the UK, Germany and Australia. The largest growth of interest in impact investing came from the UK.

“We see a rising demand for impact investing across geography, generation and gender, along with favorable economics and a supportive political and regulatory environment that will drive changes and advances in sustainable investing over the coming year,” said Bratton Hughes.