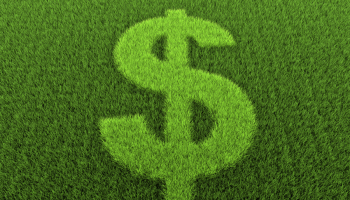 The total value of sustainability bonds issued in the first quarter of 2022 was 19% lower than Q1 2021 due to market disruption from the Russia-Ukraine war, according to new data.

Issuers raised $231.7 billion from green, social and sustainability themed bonds in the first three months of this year, according to data from Refinitiv, as reported by Reuters.

As well as the conflict in Ukraine, rapidly rising inflation has also hit new bond issuance.

However, social bond issuance had swelled dramatically in 2020 and 2021 as companies sought to address the effects of the Covid-19 pandemic.

Longer term, though, green finance has grown exponentially, according to separate research by UK think tank TheCityUK and French bank BNP Paribas. From $5.2 billion in 2012, the green finance market has grown to $540.6 billion as of the end of last year, the organizations found.

The UN Framework Convention on Climate Change has estimated that at least $125 trillion worth of investment is required by 2050 in order to meet the goals of the 2015 Paris Agreement, to keep the average global temperature rise to below 2˚ Celsius above pre-industrial levels.

Total new allocations to environmental, social and governance themed investments exceeded $650 billion last year, and total assets are forecast to hit $53 trillion by 2025, according to analysis by Bloomberg Intelligence.