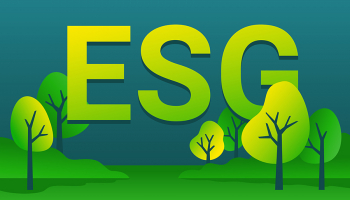 Global ESG assets may surpass $41 trillion by 2022 and $50 trillion by 2025, one-third of the projected total assets under management globally, according to a report by Bloomberg Intelligence (BI).

ESG assets surpassed $35 trillion in 2020, up from $30.6 million 2018 and $22.8 trillion in 2016, to become a third of the total global assets under management, according to the Global Sustainable Investment Association that is in line with BI’s base-case scenario.

The report found that while Europe accounts for half of global ESG assets and dominated the market until 2018, the US is taking the lead.

In the past two years, ESG assets in the US have grown by 40% and it is expected to exceed $20 trillion by 2022, even if its pace of growth halves this year.

Meanwhile, ESG exchange-traded funds (ETFs) cumulative inflows surpassed BI’s projected $121 billion in 2021 based on its bull-case scenario, with over $75 billion recorded in the first half of the year.

The report revealed that the growth of ESG ETFs is not slowing, with investments in this area expanding for over 38 straight months.

Adeline Diab, director of research ESG at Bloomberg Intelligence, said: “The trend of growing ESG ETFs is in line with our bull-case scenario, which assumes a 35% growth, and we expect $1.3 trillion entering such ETFs globally by 2025. ESG ETF cumulative assets reached over $360 billion in 2021.

“While this represents almost 4% of global ETF assets, ESG has grabbed over 10% of the global ETF flows in 2021,” said Diab. “Though Europe dominated ESG ETFs so far, the U.S. have led the wave of expansion.”

The report found that the ESG debt market could rise to $15 trillion by 2025 assuming that it expands at third the pace of the past five years, a figure that is $11 trillion higher than BI’s bull-case scenario.

BI said that organic growth will not slow as companies, development projects and central banks continue to lead in ESG.

“Europe is set to remain the main ESG debt issuance engine, but the next wave of growth will be diverse,” noted the report. “The EU 1 trillion- euro “Fit for 55” package, U.S. infrastructure or Build Back Better Plans and emerging markets’ sixfold green bonds surge over the past 4 years all signal ample room for new debt issuance.”

Green bonds are showing strong performance despite upcoming catalysts such as the EU taxonomy.

In addition, sustainability-linked bonds and loans are emerging as a new asset class and have spurred growth by tapping into a broader set of industries and objectives.

Within four years, this asset class reached 80% of the total green bond and loans sales.

However, as the availability of ESG debt instruments increase, so do the risks of greenwashing, due to a lack of auditing and certification, the report added.

“While ESG investing has gained traction by becoming mainstream and even mandatory in certain jurisdictions, it does not come without challenges. Scrutiny is going play an important role as regulators tackle the risk of greenwashing,” said Diab.