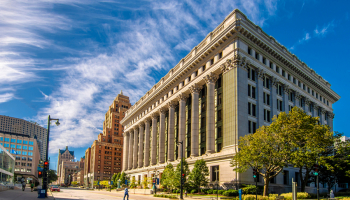 Insurance group Northwestern Mutual has announced a $100 million impact investing fund to address inequality and the racial wealth gap, as part of a wider commitment to advancing diversity, equity and inclusion.

The fund will direct investments to Black and African American communities both nationally and locally in the Milwaukee area, where the company is based. It will focus on three key areas: physical and social infrastructure, access to capital for individuals and businesses, and healthy sustainable neighborhoods and communities.

The fund is an outcome of Northwestern Mutual’s Sustained Action for Racial Equity (SARE) task force, which is focused on making real and long-term impacts that drive equity and inclusion in Black and African American communities.

The investing is a part of a much wider program that Northwestern Mutual is pursuing to help minorities and underserved communities. Last year, the company announced a $20 million investment dedicated to investing in start-up companies founded by Black and African American entrepreneurs, and has since invested in five companies. The insurer committed a further $2.5 million to Milwaukee schools, nonprofits and local programs that aimed to close the achievement gap between talented but underrepresented students and their peers.

An increasing number of large US banks and financial services groups are stepping up their ESG activities in response to customer and investor demand. In April of this year, JP Morgan, Wells Fargo, and Bank of America all announced new wide-ranging ESG initiatives involving external and internal activities.

Racial inequality is a key focus for many of these banks. Last year, Citigroup launched a $1 billion commitment similar to Northwestern Mutual’s, which aimed to close the racial wealth gap by, for instance, funding Black-owned businesses and supporting Black homeownership.