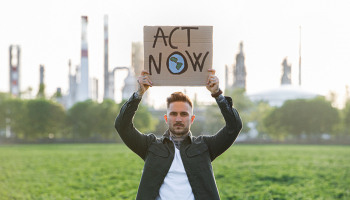 Some of the world’s largest oil and gas companies face significant change following victories for climate activists in the past few days.

ExxonMobil saw two of its board directors unseated at its shareholder meeting on May 26, to be replaced by nominees from activist hedge fund Engine No 1. This was the first time in the oil major’s history that directors were not appointed by the company directly.

Engine No 1 wants ExxonMobil to “better position itself for long-term sustainable value creation”, according to its website.

Gregory Guff, a former executive at Marathon Petroleum, and Kaisa Hietala, a former Neste Oyj executive, have both been elected to Exxon’s board. A third Engine No 1 nominee, Alexander Karsner, was still in the running for a board position with votes still being counted as of May 26. There has been no subsequent update from Exxon.

Following the votes, Exxon CEO Darren Woods said: “We’ve been actively engaging with shareholders and received positive feedback and support, particularly for our announcements relating to low-carbon solutions and progress in efforts to reduce costs and improve earnings.

“We heard from shareholders today about their desire to further these efforts, and we are well positioned to respond.”

Meanwhile, Dutch campaign group Follow This gained the backing of 61% of Chevron shareholders in an effort to force the company to cut carbon emissions.

The same group forced through similar shareholder proposals at smaller oil companies ConocoPhillips and Phillips 66 earlier in May.

Finally, in the Netherlands, activists led by the Dutch branch of Friends of the Earth won a court battle against Royal Dutch Shell to toughen its efforts to reduce its carbon footprint.

A judge in the district court in The Hague ruled that oil company had violated its duty of care towards people affected by climate change – a breach of their human rights. Shell has already stated that it will appeal the ruling.

Shell must now take stronger action to tackle its carbon footprint by reducing net emissions by 45% by 2030, the court ruled. It previously planned to cut the carbon intensity of fuel products by 20% by 2030, and to target net-zero emissions by 2050.

Oxford University’s Thom Wetzer, an expert in sustainable law, described the ruling as “legally, economically and societally” significant, in an interview with the Financial Times. Other energy companies and heavy carbon emitters would be “put on notice” following the result of the case, he added.