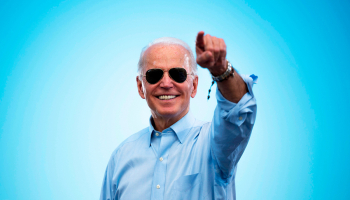 The White House has ordered US federal agencies and financial regulators to develop climate risk strategies to “address the serious threat that the climate crisis poses” to the US economy.

President Biden wants the federal government to develop a strategy to mitigate the risk of climate change on public and private financial assets.

Climate has been one of the focus points of the Biden administration’s first few months in office as it attempts to bring the US back into the global sustainability conversation.

On Thursday, President Biden signed an executive order compelling key regulators, including Treasury Secretary Janet Yellen and other members of the Financial Stability Oversight Council, to assess the risks that climate change poses to the US financial system.

In addition, the Treasury must issue a report within 180 days on current efforts by regulatory agencies to incorporate climate-related financial risk into their policies and programs.

The report will include recommendations on how “identified climate-related financial risks can be mitigated, including through new or revised regulatory standards as appropriate”.

Meanwhile, Labor Secretary Marty Walsh, whose department oversees pensions and other retirement savings, was directed to explore ways to protect those savings against the costs of climate change.

Among other things, the executive order stated that the Labor Department should “consider publishing by September 2021” proposals to “suspend, revise or rescind” the Trump administration’s finalized rules on ESG investing and proxy voting.

As well as re-joining the Paris climate pact and organizing Thursday’s summit, the Biden administration has been working hard to convince the world that it is committed to tackling climate change in what the president has previously described as a “decisive decade”.

Last month the US pledged to cut carbon emissions by 50-52% below 2005 levels by the year 2030. This was despite China and India – two of the world’s largest carbon emitters – making no new commitments.