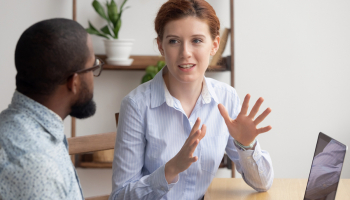 Environmental, social and governance (ESG) issues have become a “major priority” for millennials compared with their baby boomer counterparts, new research has shown.

However, younger investors have doubts about their advisory firms’ commitment to responsible investing, according to the JD Power 2021 US Full-Service Investor Satisfaction Study.

In the past year a “stark divergence” in investment behaviors and preferences has opened up between the millennial generation and boomers, the survey showed.

The study found that among investors under the age of 40 – known as millennials – who strongly agree that their advisory firm is committed to ESG efforts, 52% plan to increase their investment with that firm, with that number falling to just 24% among investors over 40 years old.

But 68% of millennials surveyed said they either had doubts about their firm’s commitment to ESG or don’t know about it.

Mike Foy, senior director of wealth intelligence at JD Power, said: “Investors under age 40 are changing much more quickly in terms of their wealth management preferences and priorities – and they look increasingly different from boomers.

“Not only has the pandemic significantly accelerated their shift to more digital engagement, but emerging issues like ESG are also a major priority for them that isn’t seen as much yet among boomers.”

The millennial generation is set to inherit more than $68 trillion in wealth from their parents during the next decade, JD Power’s report stated.

Foy added: “Wealth management providers are making a mistake if they assume that the emerging affluent investors will simply evolve into boomers over time.”

Among the millennials surveyed, 74% would prefer to pay for full-service wealth management via a one-time fee-for-service model, while 73% supported a subscription model.

By contrast, among full-service investors aged 40 and older, 42% backed a fee-for-service model and 34% a subscription model.