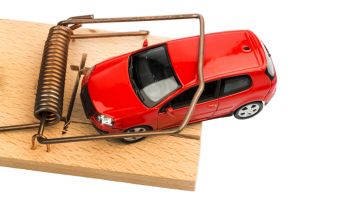 According to data from the New York Federal Reserve, the number of new car loans has risen rapidly since 2003. Presently there are approximately 107 Million car loans made each year and that pace is expected to continue to rise.

Auto loan defaults have also risen at an alarming rate to record levels according to data from the New York Federal Reserve. There are now over 7 million borrowers who are 90+ days delinquent on their auto loans. Total auto loans to consumers now exceed $1.1 Trillion according to the New York Federal Reserve Bank. As a percentage of overall debt, car loans represent approximately 9.9% of a typical household. 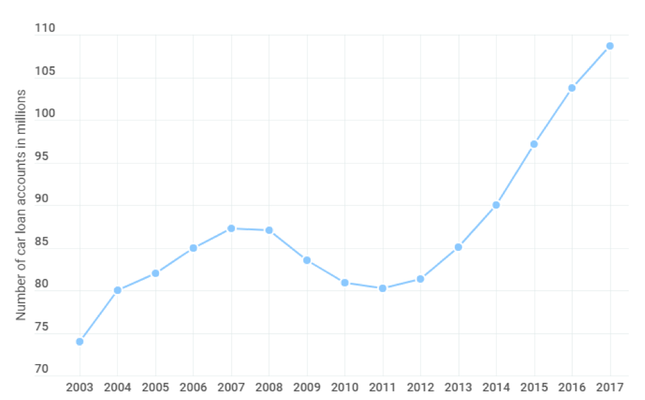 A few years back in 2016, I was speaking with finance director at a large auto dealership on Long Island. His exact words were, “car loans are going to be the next banking crisis.”Long Island is an epicenter of car sales and naturally a hotbed of automotive financing activity. It has a perfect blend of suburban sprawl and high population communities loosely-connected by an inadequate public transportation system. To get around on Long Island, you need to drive. Most importantly, it has a perfect blend of affluence and blue-collar economies and a steady stream of new immigrants to perpetuate lending schemes that are likely to end badly.

The counties of Nassau and Suffolk account for over 20% of vehicle registrations in New York State. It’s a great place to sell and finance new cars. But I soon learned that there was more going on in the new car sales business than met the eye. Working as a car dealer finance director, an aggressive individual could make a very lucrative existence, even by Long Island standards. There was something about this that did not quite add-up. More specifically, it added up to too much.

There is something more behind this recent spike in the default rate, and it lies just below the surface. Unfortunately, those least able to afford high-interest-rate-debt are the ones being targeted for inflated loan amounts at higher interest rates by the banks according to several auto dealer finance managers. The finance managers at car dealerships that I spoke with agreed to share some of their observations on condition of anonymity. But almost unanimously, they all reported that banks were aggressively encouraging lending up to 150% of the value of a new car. So, on a $50,000 car, it is not out of the ordinary for the bank to lend $65,000 - $70,000 with the customer walking out the door with a check for up to $20,000 and a new car. The majority of these inflated loans appear to be at approximately 120% of the car value.

There is little dirty little secret as to what is happening here, the dealer finance departments and the banks are back-loading the consumer with a disguised personal loan. The finance director and dealership gets a bump in sales, commissions and likely some fees and the banks get to increase their underwriting book on high-interest rate products by up to 50%. Talk about expanding the balance sheet! The only problem here is that it’s almost an exact replay of the housing crisis on a smaller scale. But make no mistake, $1.1 Trillion and climbing is a serious structural market peril being built on a shaky foundation. If this practice is as prevalent nationally as it is regionally, we will likely be on the precipice of another predatory lending scandal.

Most of the finance directors I spoke with have approximately 15 bank and Fin-Tech underwriting sources for consumer car loans. Many of those sources are banks, including many national banks. In addition, every finance director I spoke with says they can source a loan for a consumer (with even fair credit) at 150% of the value of a new car. I can say with reasonable certainty that the optics do not look good here.

The New York Fed’s delinquency report is a wake-up call for Risk Management executives and likely will presage a catastrophic failure within the banking sector in the near-term. At the very least, car loan defaults are possibly the next embarrassing crisis for bankers.

Tim Kelly is a contributing editor for Banking Exchange. He has extensive experience in the financial sector, lending sector and the Global Forex Market.   For feedback, he can be reached at [email protected]

More in this category: « Financial Alchemy (Pseudoscience)! Fintech Decision Making Guidance from a Football Academy »
back to top

Next Generation of Investors May Be Willing to Sacrifice Some Ret…

How Stock Lending Can Work with SRI Principles

Loaning securities must evolve to reflect the needs o...

JP Morgan and HSBC Align with the Paris Agreement: Will All Big B…