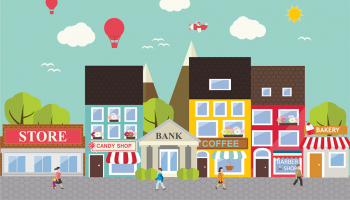 Five banks have been added to the American Bankers Association’s (ABA) index of community banks with effect from December 1.

The additions bring the total number of banks in the ABA NASDAQ Community Bank Index to 284, worth more than $272 billion in market capitalization between them, according to the association.

Oklahoma-based BOK Financial Corporation has rejoined the index just six months after it was removed. In June, the company was removed as it became one of the 50 largest bank charters in the US.

As of December 1, BOK has replaced New York-based Valley National Bancorp in the ABA index. Valley has entered the top 50 largest banking charters in the US. The ABA’s index excludes the 50 largest banks and any listed banks that are considered international specialists or credit card specialists.

New York’s Hanover Bancorp has also been added to the benchmark. The bank grew its asset base from $1.48 billion to $1.84 billion in the 12 months to the end of September, according to its most recent financial update, and has been expanding into Long Island.

Citizens Financial Services and Linkbancorp, both based in Pennsylvania, have also joined the index. Citizens is the holding company for First Citizens National Bank, while Linkbancorp is parent to The Gratz Bank and Linkbank. The latter was listed on the stock market in September this year.

Over the course of 2022 to December 1, the ABA NASDAQ Community Bank Index has declined by 4% according to Nasdaq data.