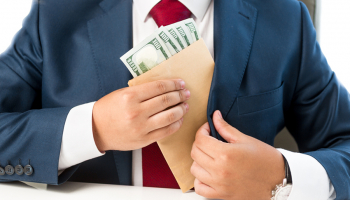 Five former bank staff from four banks have been banned from the industry after fraudulently claiming more than $356,000 in Covid-19-related support loans.

According to documents released by the Federal Reserve Board, one former customer solutions representative at a Jacksonville, Florida branch of Ally Bank obtained an economic injury disaster loan (EIDL) of $112,500 as well as a Paycheck Protection Program loan of $20,833.

The loans were obtained “based on materially false and fraudulent representations”, according to the Fed, and the person “used these funds for personal and other unauthorized expenses in violation of the terms of the loans and applicable laws and regulations”. The Fed did not state whether the loans were subsequently repaid.

The EIDL and PPP loan programs were introduced through the CARES Act of 2020, brought in to provide emergency financial support to companies across the US affected by the Covid-19 pandemic and related restrictions on movement and business operations.

Another former Ally Bank staffer from the same branch fraudulently claimed two PPP loans worth $19,000 each, while an ex-senior relationship banker at First Horizon Bank in Florida claimed more than $100,000 in EIDL loans and grants, although the majority was subsequently repaid.

A former financial advisor at Merrill Lynch Wealth Management in New Jersey has been banned after they claimed an EIDL worth $17,500, again “based on materially false and fraudulent representations” — although this was repaid in full with interest.

Finally, a former financial relationship consultant at an Atlanta, Georgia branch of Regions Bank claimed more than $60,000 in two EIDL loans and a further $6,000 in an EIDL grant.

All five people have accepted the bans without admitting or denying the allegations. None of the banks involved have been accused of any wrongdoing.

More than $800 billion was loaned to small businesses through the PPP program. An August 2021 report in the New York Times alleged that as much as 15% of all PPP loans could be fraudulent claims.

EIDL loans totalled more than $378 billion at the end of April this year, according to the Small Business Administration.