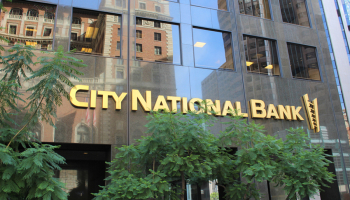 City National Bank has expanded its banking operations in upstate New York, the mid-Atlantic and Southeast thanks to a number of new hires.

Zach Mayo, head of City National’s commercial banking division on the East Coast, and Michael Walker, head of the division nationally, will lead the teams under these new services.

The new regional teams of experienced bankers bring to City National “incredibly deep industry expertise and the level of care our clients have come to expect”, says New York-based Mayo.

Meanwhile, Jim Earnest is appointed as senior vice president and will lead commercial banking in the mid-Atlantic region.

And in the Southeast, Georgia-based Allen Phinney is now senior vice president. Phinney also serves on the Board of Governors of the Georgia Chamber of Commerce.

City National has also added a national institutional and non-profit banking team, which will be led by newly appointed senior vice president Brett Lane, while Nick Attard will serve as a regional manager for the eastern U.S..

“As our commercial banking group expands to comprise the entire eastern corridor of the U.S., we are committed to continuing to provide customized solutions and high-touch personal service that can help businesses and non-profit organizations grow to meet their strategic goals,” comments Mayo.