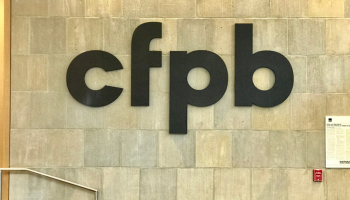 The bureau has already asked more than 20 banks for data since the start of the year, it detailed in a statement, and is now seeking “detailed information” related to overdraft practices such as the assessment of fees and how any caps are applied.

The five data points the CFPB is analyzing include a measurement of overdraft facilities provided compared to fees charged, annual overdraft and non-sufficient fund fees charged per year, and the prevalence of “frequent overdrafters”.

The data will build upon previous research by the CFPB on checking account overdraft fees published late last year, which found that some banks relied on these fees as a “major source of revenue” and did not compete on “transparent, upfront pricing”.

The research will then be used to identify any banks that require further examination and review by the bureau, with relevant information also being shared with federal regulators. However, the data will not be made public, the bureau said.

At the time of the CFPB’s research in December 2021, director Rohit Chopra stated that bank accounts were on the whole not “fair and competitive”.

He stated: “Rather than earning interest, many American families end up paying large banks for the privilege of holding their money. The main way banks have flipped the script from paying depositors to charging them is through deposit account service charges, like overdraft fees.”

He said depositary institutions typically charged approximately $34 for overdraft services. “When borrowing small amounts for only a day or two, this can be like paying an APR of more than 10,000%,” Chopra added.

Over the past few months the US banking sector has renewed its efforts to reduce fees and make accounts more accessible through programs such as the Bank On initiative.