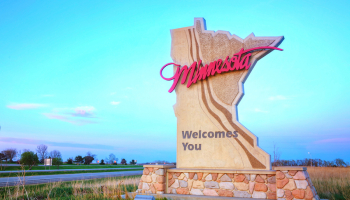 The collaboration, titled United Financials Capital (UFC), will look to collaborate on lending opportunities throughout Minnesota and the Upper Midwest.

“We’re excited to bring the power of the values and combined resources of credit unions to the commercial lending marketplace,” said Dave Boden, chief executive of Hiway Credit Union, who serves as board chair for the new organization. He added: “This is just a starting point. We deeply believe we are all stronger if we work together.”

The launch comes as US banks are attempting to push back on credit unions’ expansion into new areas.

The American Bankers Association has been vocal in its opposition to credit unions buying banks, which the organization believes is taking the credit union sector outside of its intended scope.

Last week, US state bankers’ associations wrote a joint letter calling on Congress to oppose the “latest, unnecessary effort” to broaden the credit union charter through the proposed Expanding Financial Access for Underserved Communities Act, on the basis it will “not deliver expanded access” to financial services for underserved communities.

Through this Minnesota partnership, UFC claims to seek to empower credit unions to access new opportunities in their communities and better serve their members. In addition, Michael Dalglish, CEO of UFC, said the organization seeks to create a safe zone of innovation for vetting new business ideas within the credit union model.