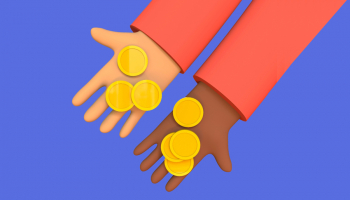 More than two-thirds of Americans believe that racism and bias exist in the US financial and credit scoring systems, according to new research.

That figure rises among the Millennial generation, with 74% saying that the financial services industry “at least sometimes” treats its customers differently based on their race and/or gender.

However, the survey by Zest AI found that respondents, regardless of age, felt differently about their own bank, with only 45% agreeing their bank treats customers differently depending on their race or gender.

Respondents held similar views regarding the US credit scoring system. 40% said they believe racism is “at least somewhat” built into the system, with that figure rising to 55% among Millennials.

The survey indicated a certain lack of understanding of credit scoring, with 41% of respondents knowing nothing of the FICO scoring system, or how credit scores are calculated, or are unfamiliar with it.

However, over half of the respondents did feel that the US government should allow for more competition in credit scoring methods.

"The disparate impact of unfair lending practices on consumers cannot be ignored, especially in the wake of Covid-19, and Zest AI is dedicated to securing the accuracy, transparency, and options consumers deserve."

The survey was conducted by Toluna and questioned 1,600 Americans across a variety of age demographics.

Zest AI’s findings come as allegations have been made against Wells Fargo for racism in its lending practices.

A Bloomberg report found that Wells Fargo only accepted 58% of black applicants who sought to refinance their homes in 2021, while accepting 79% of white applicants.

Wells Fargo has since denied the allegations.