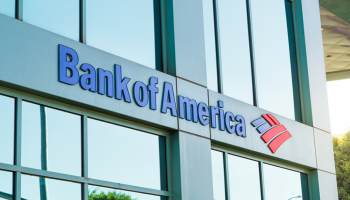 Bank of America (BofA) has announced that its 67 million consumer clients made $294 billion in payments in February 2022.

The payments figure is a 16% increase from February 2021, and, according to the financial institution, suggests a return to more normalized spending.

The latest data shows a continuation of the trend of strong consumer payments and spending observed in January this year, and follows the record $3.8 trillion in total payments in 2021.

BofA also reported combined credit and debit card spending among clients totalled $63 billion in February, up 21% on the same month the previous year.

There was continued strong demand for goods and services in February, as total credit and debit transactions were up 15% year-over-year, BofA revealed.

Travel spending on debit and credit cards soared 95% year-on-year. Boomers and Seniors are behind this spend, with airline spend up 153% year-on-year, while spending with travel agencies climbed 147%.

As in-person activities resumed last month, spending at restaurants increased by 38% and at gyms by 43% compared to last year, which BofA attributed to Gen Z and Millennials.

Similarly, Gen Z and Millennials greatly outpaced other generations in expenditure on movie theatres, ticket agencies and amusement parks, up by 162% year-on-year in February. By contrast, there was an increase of 94% among Boomers and Seniors.

Overall, BofA’s data showed the trend towards digital continued, as digital spending on credit and debit cards was up 22%, while tap-to-pay represented 19% of all in-person transactions.

Mary Hines Droesch, head of consumer and small business products at Bank of America, said: “We saw a strong continuation of payment and spending trends in February, another positive sign of the strength of US consumers.

"Strong spending trends across a variety of sectors such as travel, restaurants, public transportation and gym memberships suggest more consumers are returning to the office and resuming more in-person activities.”

A recent survey of consumer spending, published in February, found credit card expenditure had increased over the past five months.