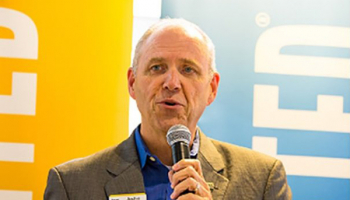 President and CEO of First Financial Bank, Archie Brown, has been appointed to the board of the Cincinnati branch of the Federal Reserve Bank of Cleveland.

His appointment, having commenced at the start of the year, is subject to a three-year contract.

The bank is one of 12 of the Federal Reserve Banks, with the Cincinnati branch serving Cleveland’s Federal stakeholders across Southern Ohio and Eastern Kentucky.

Prior to joining First Financial in April 2018, Brown served as president, CEO and chairman of the board of MainSource Financial Company. He offers 35 years of experience in the banking industry.

Brown’s appointment is said to be a direct result of his extensive work and volunteer services within the community, serving on the executive committee for the Cincinnati Center City Development Corporation (3CDC) board of directors.

Brown said he was “honored to receive this appointment”, while Rick Kaglic, vice president and senior regional officer of the bank emphasized the importance of Brown’s new role.

He said: “Our directors serve an important role in the effective functioning of the Federal Reserve by providing timely information on economic conditions in the region.”

Last October, the Federal Reserve of Cleveland published research that revealed customers continue to value in-person interaction from their banks.