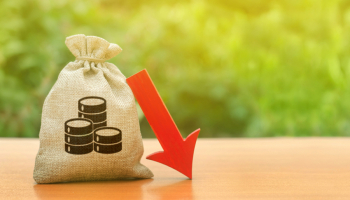 The Office of the Comptroller of the Currency (OCC) said that US commercial banks and savings associations reported trading revenue of $6.8 billion in the third quarter of 2021, 15.5% less than in the previous quarter.

It reported that during the third quarter of this year, four large commercial banks represented 89.3% of the total banking industry notional amounts and 78.1% of industry net current credit exposure.

Consolidated bank holding company (BHC) trading revenue, which the OCC said provided a “more complete picture” of trading revenue in the banking system, was $14.2 billion in the third quarter of 2021, 39.7% lower than in the previous quarter.

The quarter-over-quarter decrease in trading revenue was primarily due to decreases in revenue from interest rate and equity trading instruments, according to the OCC.

The report stated that prior to the 2008 Financial Crisis, trading revenue at banks typically ranged from 60% to 80% of consolidated BHC trading revenue.

Since the Crisis and the adoption of bank charters by former investment banks, the percentage of bank trading revenue to consolidated BHC trading has decreased and is now typically between 30% and 50%.

“This decline reflects the significant amount of trading activity by the former investment banks that, while included in BHC results, remains outside insured commercial banks,” the OCC said in its report.

“More generally, insured US commercial banks and savings associations have more limited legal authorities than their holding companies, particularly in the trading of commodity and equity products.”

The derivative contracts remained concentrated in interest rate products, which represented 71.4% of total derivative notional amounts, while the percentage of centrally cleared derivatives transactions decreased quarter-over-quarter to 39% in the third quarter, 2021.

Last week, William R. Emmons, an assistant vice president and lead economist at the Federal Reserve Bank of St. Louis said that US banks are declining in number.

“The long-term decline in the number of commercial banks shows no signs of ending,” said Emmons. “Bank failures have become much less common, but the rate of new-bank chartering also has declined to insignificance. Meanwhile, bank mergers continue at a historically high rate on a percentage basis.”