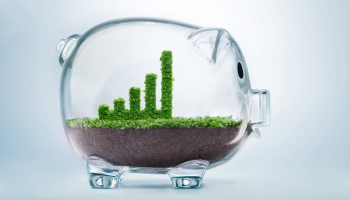 The nonbank financial intermediation sector (NBFI) grew less than the banking sector in 2020, marking the end of a 10-year trend, a new report by the Financial Stability Board (FSB) has found.

Total assets across the banking sector increased 10.9% to $468.7 trillion, according to FSB, while the NBFI sector, made up of pension funds, insurance companies and other financial intermediaries experienced lower asset growth, of 7.9%, totalling $226.6 trillion.

The NBFI sector’s relative share of total global financial assets fell from 49.7% to 48.3%, the largest percentage decrease since the 2008 financial crisis, according to the report.

Growth among banks, central banks and public financial institutions is partially the result of the Covid-19 pandemic and government efforts to support economies during the crisis.

The report also found that banks continued to be recipients of funding from NBFI entities, though as a percentage of assets, liabilities to the NBFI sector were lower in 2020 than in previous years.

Last month, the Federal Reserve found that the financial conditions of the banking system remained strong and improved during the first half of 2021, despite concerns.

According to the central bank, as the economic recovery from Covid-19 continued in the first half of the year, banks saw early signs of loan growth emerging, along with falling delinquencies and forbearances, and an increase in profitability.

An Accenture report revealed the previous month that traditional banks could potentially boost revenues by 4% if they adopted digital-led services, resulting in more than half a trillion dollars in additional revenue by 2025.

Most leading banks have vertically integrated businesses, the report found, but firms that unbundle their traditional products and partner with third parties to create personalized customer offerings could potentially achieve breakout growth and higher market valuations.