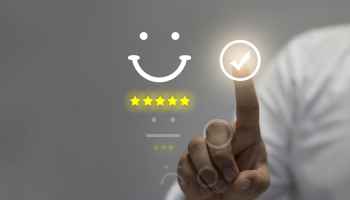 Banks are outpacing credit unions in terms of customer satisfaction, according to the 2021 American Consumer Satisfaction Index.

The study which focused on four financial services industries, including banks, credit unions, financial advisors and online advisors, and interviewed 15,120 customers, found banks earned a satisfaction score of 78 on a 100-point scale.

Among banks, regional and community institutions notched the highest satisfaction score of 80, while national banks earned a score of 76, and super-regional banks scored 75.

Chase was the highest-rated national bank with a score 76, followed by Citibank. Bank of America and Wells Fargo were also in the top four, with a score of 76, and 74.

National and regional and community banks earned a higher score on the quality of mobile apps, compared to super-regional banks.