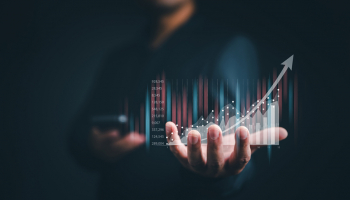 Banks continued to be profitable and strongly capitalized as structural vulnerabilities persist in some forms of money market funds, according to the Federal Reserve’s latest financial stability report.

The credit quality of bank loan portfolios continued to improve broadly over the first half of the year, the report stated, as the economic outlook improved with “significant monetary and fiscal support” including forbearance programs, expanded unemployment benefits and the Paycheck Protection Program.

According to the report, the current level of vulnerabilities includes asset valuations.

Borrowing by businesses and households have also largely returned to pre-pandemic levels. However, the rise of the Delta variant has slowed improvements for small businesses.

In the financial sector, bank profits have been strong this year, the report said, and capital ratios remained well in excess of regulatory requirements.

However, the report highlighted structural vulnerabilities in some money market funds, and other cash-management vehicles, as well as in bond and bank loan mutual funds. The growing stablecoin sector was also highlights as having funding-risk vulnerabilities.

Last week, a report from the Federal Deposit Insurance Corporation and the Office of the Comptroller of the Currency called for stablecoins to be solely issued by insured depository institutions.

Elsewhere, the level of bank lending to financial institutions operating outside the banking sector has continued to rise in terms of both committed and utilized amounts, the report noted.

The level of committed amounts of credit to nonbank financial institutions also grew above pre-pandemic levels in the first half of the year, driven by real estate lenders and lessors; special purpose entities, collateralized loan obligations and asset-backed securities; open-end investment funds; and other financial vehicles.

Last year’s Financial Stability Report found that the Covid-19 pandemic had put strain on the US banking sector, despite the institutions entering the crisis with large capital buffers.