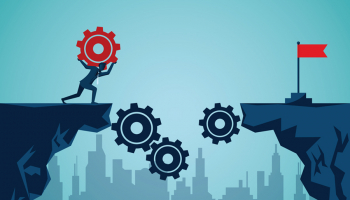 Michael Hsu, acting comptroller at the Office of the Comptroller of the Currency (OCC) has highlighted concerns around banks becoming siloed as digital technology becomes mainstream.

In a speech to the Exchequer Club in Washington DC last week, Hsu said that banking was being “disintermediated” by fintechs, technology platforms, crypto and decentralized finance — similar to how financial regulatory agencies were siloed during the financial crisis of 2007-09.

A “coordination among all financial regulators” was needed, Hsu said, which would ensure a “level playing field” and “limit regulatory arbitrage”.

The comptroller said that the “perpetuation of inequality” was also a key problem for both society and trust in the banking system, with strengthening and modernizing the Community Reinvestment Act “one part of the solution”.

However, addressing “credit invisibles” — which equate to 45 million Americans without a credit score — improving access to affordable housing, increasing credit availability to minority-led and small businesses, as well as supporting and revitalizing depository institutions was also required.

Hsu also highlighted his concerns around “high-cost debt traps” that perpetuate inequality, with buy-now-pay-later programs seen as a particular concern.

He highlighted that no-fee or low-fee Bank On accounts could help “reduce inequality and build trust with consumers”. In May the Bank On initiative was hailed as a success by the American Bankers Association.

In August, the OCC chief warned banks against complacency as he urged bank leaders to be “especially vigilant” in the post-pandemic era.

In May, the acting comptroller laid out four key priorities for the OCC focused on solving “urgent problems” that affected the agency’s mission to ensure a safe, sound, and fair banking system.