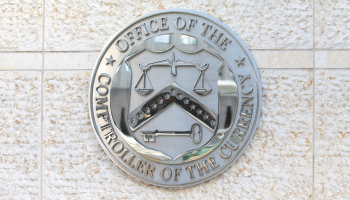 The Office of the Comptroller of the Currency (OCC) has launched a public hearing beginning this week (September 13) involving a trio of former Wells Fargo executives in relation to their roles in the “fake accounts” scandal.

According to the OCC, the trio “failed to adequately perform their duties and responsibilities”, which contributed to “Wells Fargo’s systemic sales practices misconduct problem” that lasted until October 2016.

The OCC is seeking to ban Russ Anderson from further participation in any insured depository institution. The regulator is also seeking personal cease and desist orders against Julian and McLinko, which would require them to “take certain affirmative actions, or refrain from certain conduct in any future involvement in the banking industry”.

Wells Fargo’s community bank leadership set unreasonable sales goals, placed severe pressure on employees to meet those goals, and failed to have systems in place to prevent and detect the misconduct, the OCC said.

The failure of the three named individuals “allowed sales practices misconduct to continue for years, as well as affecting millions of bank customers, and thousands of bank employees”.

The OCC also alleges that Russ Anderson made “false and misleading statements to the OCC” and “obstructed the OCC’s examinations of Wells Fargo’s sales practices misconduct”.

The regulator plans to levy civil money penalties against the former directors “consistent with the law and evidence presented during the proceedings”.

The hearing is scheduled to run until September 24, and then again for two weeks in November as needed.

The fake accounts scandal first emerged in 2016, after it emerged that Wells Fargo unlawfully misused customer data and collected millions of dollars in fees and interest to which it was not entitled.

Last year, new light was shed on Wells Fargo fake accounts scandal, after dozens of complaints from Wells Fargo Community Bank staff and customers were made public in regulatory documents.