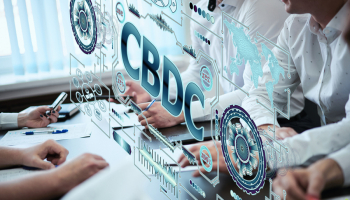 Central bank digital currencies (CBCD) are not required to promote faster payments and could potentially threaten financial stability and privacy, academics have claimed.

According to a report in the Financial Times, academics Stephen Cecchetti and Kim Schoenholtz argue that CBDC are “not needed” since public and private sectors already provide cheaper, faster, more reliable, and more accessible systems.

Non-CBCD services include the TIPS system in Europe, Faster Payments in the UK. The Federal Reserve is also set to launch its own instant payments service, FedNow in 2023.

The pair also highlight that privacy is an issue since CBDC results in transactions becoming traceable which poses “serious threats” to personal liberty.

Cecchetti and Schoenholtz said that CBCD is being spurred by “fear of being left behind” and advises that central banks should “go slowly to ensure a safe design”.

As cryptocurrencies surge in popularity, US regulators have been exploring how the sector might be regulated.

Last month, the American Bankers Association (ABA) highlighted its regulatory concerns around crypto assets. In a letter to the Federal Deposit Insurance Corporation the ABA has urged for clarity around what types of digital asset activity are allowed for banks.

The report said: “Because of the novel nature and rapid development of crypto, the regulatory framework surrounding the space is constantly evolving. A main focus for regulators has been the desire to promote responsible innovation while protecting against risks.”

Although progress has been made in the ‘cryptofed’ sector. In July, the American CryptoFed DAO was legally recognised by the state of Wyoming as the country’s first decentralized autonomous organization.

CEO of the American CryptoFed DAO, Marian Orr commented that the DAO law has created an opportunity for a “true digital currency with mass acceptance to be possible”.