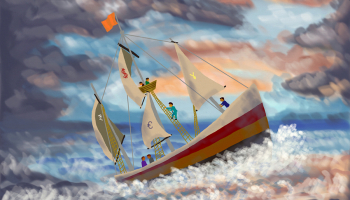 Rosenberg Research president David Rosenberg told CNBC, “We have to be prepared here for the economy to sputter in the next several months.” Concerns over the Covid-19 delta variant and skepticism on the Biden administration’s economic plans are making Wall Street uneasy heading into August.

Last week, the GDP (gross domestic product) disappointed, falling almost 2% behind most estimated growth numbers at 6.5%. The delta variant adds more uncertainty to the number heading into the fall with colder weather on the horizon and pockets of the country considering more restrictions.

The stock market indexes are all close to all time highs, but potential disappointing unemployment numbers may see August as a month of turbulence. Some analysts including Rosenberg believe the economy is not as strong as stock market performance would indicate.

Also, as home prices rise it may be making retail investors more confident than the underlying numbers would suggest. Small cap stocks have already shown signs of softness. Analysts have stated that the economy looks similar to 2000 before the market pulled back. Several European countries are also considering further lockdowns.

On a positive note for the Biden administration, the United States Senate will look to pass legislation for a $1 trillion infrastructure bill that is now seen to receive bipartisan support, with as many as ten republicans willing to vote for the bill. The Majority leader Chuck Schumer called it “imminent” and stated that it will likely be confirmed this week.

The perceived need for an infrastructure bill has been around since before the Trump administration but has not come to fruition due to gridlock. The bill that should pass will include an additional $550 billion in new spending beyond what had already been passed, according to Reuters.

Banks have enjoyed strong earnings in the first two quarters of 2021, and despite the uncertain economic outlook, analysts are still favoring bank stocks.

While the markets may show uncertainty, the trends still seem to favor the banking industry in the United States, particularly on the retail side of the business.