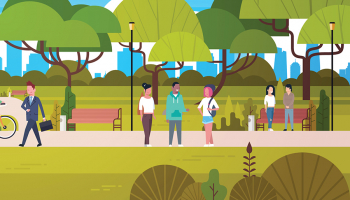 The Office for the Comptroller of the Currency (OCC) has announced a review of the Community Reinvestment Act (CRA).

The OCC will work with the Federal Reserve Board and Federal Deposit Insurance Corporation (FDIC) to overhaul the CRA framework, which was finalized in May 2020.

The decision follows a review by Michael Hsu, acting comptroller, which was initiated shortly after he took office.

“While the OCC deserves credit for taking action to modernize the CRA through adoption of the 2020 rule, upon review I believe it was a false start,” Hsu said. “This is why we will propose rescinding it and facilitating an orderly transition to a new rule.”

The CRA was first enacted in 1977 in an effort to encourage institutions to meet the credit needs of low- and moderate-income neighbourhoods. Last year, the OCC expanded the kinds of activities that counted towards a bank’s CRA assessment score.

The American Bankers Association (ABA) has been a long-term advocate for a consistent approach to CRA modernisation.

“We firmly believe that there is a need to update and modernize the CRA rules to reflect today’s modern banking system and the needs of communities, but those rules must be consistent across all of the banking agencies,” said Rob Nichols, ABA president and CEO.

“By proposing to rescind the OCC’s 2020 rule and announcing a commitment to develop a joint rulemaking involving all of the banking regulators, there is a new opportunity to craft a single set of rules for banks to follow.”

The review is part of a wider effort to address inequalities in financial services across the US.

Earlier this year, big banks including Wells Fargo and Bank of America hit its investment targets in minority-owned banks and businesses.

Elsewhere, the Bank On Initiative helped to address the inequality in unbanked and underbanked populations. More than 40% of US bank branches now provide access to a Bank On certified account, with nearly 60% of new Bank On accounts opened by customers in areas with over 50% minority population.