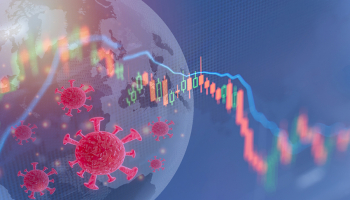 Banks wanting to achieve “operational excellence” should consider focusing their efforts on rebuilding models for the remainder of 2021, according to independent advisory firm SRM.

As financial institutions recover from the “chaotic disruptions” caused by the Covid-19 pandemic, SRM said management teams should focus on the three critical areas: the mix of products in their portfolios, effective and efficient management of suppliers, and futureproof branch and location network planning.

Brad Downs, CEO of SRM, said: “The pandemic massively disrupted the financial services industry, but banks and credit unions showed great agility in this chaotic time. Now, with the world trending toward slowly opening back up, it is time to look forward and prepare for what’s next.

“Institutions need to keep adapting to new consumer behaviours and preferences, restructure internal operations, and recalibrate revenue models to successfully scale this year and next.”

SRM’s report also highlighted the increase in merger and acquisition (M&A) activity, with many discussions or deals having been delayed due to the events of 2020. S&P Global research this month showed the number of deals hit its highest monthly total in two years during June – and more mergers are expected to be announced in the coming months.

SRM noted that there had been a change in consumer behavior towards digital banking usage. Its recent consumer study found that only 8% of respondents were new to doing their banking via digital channels.

Virtual assistants were also beginning to gain more traction. On average, one in five respondents said they would prefer using a virtual assistant such as Alexa or Google Home over using an app to do their banking.