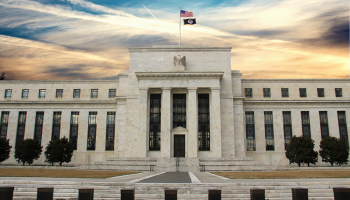 The Federal Reserve (Fed) has proposed new guidelines for assessing requests for master accounts or access to the agency’s financial services.

The proposal comes as growing numbers of fintech firms and other alternative financial services providers are seeking access to the Fed’s payments system.

The American Bankers Association (ABA) – which had previously called for the Fed to establish a set of standards in an op-ed earlier this year – welcomed the action.

The trade body had previously raised concerns that some entities might have been gaining banking licenses without meeting existing standards that apply to ‘traditional’ banks.

“The Fed’s payments system has long been a fortress of safety and efficiency that has benefited millions of consumers, businesses, and the broader economy,” said ABA President and CEO, Rob Nichols.

“To access the system today, banks must meet the highest regulatory standards and face rigorous overnight. We embrace innovation and new business models, but we believe every entity seeking similar access to the Fed’s payments system, including those with novel charters, should meet those same high standards. To do otherwise would put consumers and the financial system at risk.”

Last month, New York fintech Paxos National Trust became the latest non-traditional bank to be conditionally approved for a banking charter by the Office of the Comptroller of the Currency (OCC).

The ABA opposed the application, arguing that the information in its application was “vague” and the descriptions it provided about its cryptocurrency and fiduciary activities were “not sufficient” for a trust charter.

The banking industry has been vocal in its opposition to digital challengers, arguing that they have not been subject to the same levels of scrutiny from regulators as traditional banks.

In general, fintechs face fewer regulations at both state and federal level than traditional financial institutions.

The American Fintech Council and the Financial Technology Association formed in March, as fintechs have sought to challenge traditional banks in providing some services while partnering with them in providing others.