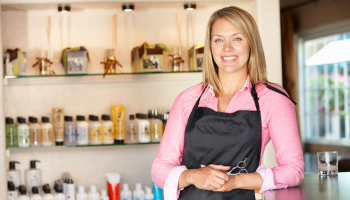 The platform, EasyPPPzy, is part of a continued partnership with SK2 Capital and is designed to distribute Paycheck Protection Program (PPP) loans.

The EasyPPPzy platform is a digital PPP application portal that assists with applying for and distributing forgivable PPP loans to self-employed professionals and independent contractors. Gig economy workers, freelancers, drivers, and contractors can now complete their PPP application online.

“Self-employed professionals, including freelancers and gig economy workers, are a crucial part of our economy and we realized early on that they were facing substantial barriers to accessing Covid-19 relief funds,” said Roger Saad, chief executive and founder of SK2 Capital. “We endeavored to change that by using technology to make it easier for eligible people to access and apply for a PPP loan online.”

The launch follows the news that the Small Business Administration’s (SBA) PPP application deadline has been extended to May 31.

The American Lending Center (ALC), a non-bank lender to American ventures, said in a statement: “The program’s extension comes as a significant relief to current and future applicants across the country, as recent rule changes had created backlogs and delayed loans to numerous small business owners.”

CEO John Shen added: “We at American Lending Center were thrilled to hear of the extension – we have seen our PPP loans have a marked impact on underserved communities from coast to coast. The big banks are not always ready to guide our nation’s small businesses.”

Meanwhile, Bank of Southern California, a commercial bank headquartered in San Diego, reported that as of March 31, 2021, it had funded a total of $229 million in PPP loans since the program was renewed at the start of the year. The loans provided 1,578 local small businesses with financing.

The bank said it was able to help hundreds of small businesses in low and moderate-income areas through its outreach efforts aimed at supporting all businesses in need, and not just customers.