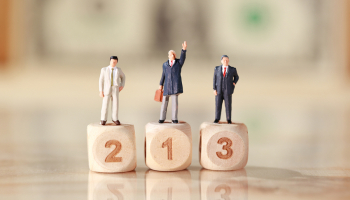 United National Corporation was the best large community bank of 2020, according to a new ranking from S&P Global Market Intelligence.

The holding company for First Premier Bank was ranked the best-performing community bank with assets between $3 billion and $10 billion in the annual rankings.

The Sioux Falls, South Dakota-based bank outperformed the industry median in four of the six ranking metrics analyzed and achieved the highest net interest margin among the top 50 banks in the group at 18.84%.

S&P highlighted United National’s “credit card-heavy portfolio”, which had excluded it from the rankings for the past few years. The company runs a credit card business, Premier Bankcard, which is one of the top 20 Mastercard issuers in the US.

Union Savings Bank, based in Cincinatti, ranked second after experiencing revenue growth of 86.9% in 2020. Third was Indiana-based Merchants Bancorp, which has doubled in sie in the past two years due to the growth of its mortgage business.

Among community banks with less than $3 billion in assets, Montana-based Yellowstone Bank ranked number one, up 32 spots from 2019.

Yellowstone Bank was highly profitable during 2020, yielding a return of 21.4% while also growing operating revenues by 36.2% year over year.

It beat FinWise Bank of Utah into second place, despite FinWise’s loan book growth significantly through its participation in the Paycheck Protection Program. Third place went to Oregon-based Willamette Valley Bank, which saw a significant increase in sales of loans and leases.

The 82-year-old credit union outperformed the industry median in all five metrics assessed by S&P. It experienced an 11.6% increase in member growth year over year.

“Despite going through a challenging year filled with economic uncertainty, we have seen community banks and credit unions play a significant role in their regional markets, providing support and essential services needed in their local communities,” said Jimmy Pittenger, senior director of financial institutions at S&P Global Market Intelligence.

“I’m thrilled to see these community banks and credit unions thrive in a challenging time and proud to recognize these top performing local financial institutions in our annual rankings.”

More detail on the rankings is available here.