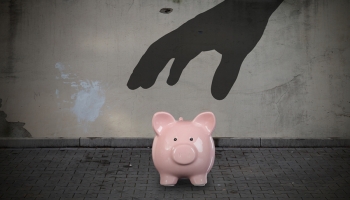 The Federal Trade Commission (FTC) received more than 2.1 million fraud reports from consumers in 2020, according to newly released data from the agency.

Imposter scams remain the most common type of fraud reported to the agency, followed by online shopping fraud.

Consumers lost $3.3 billion to fraud in 2020, up from $1.8 billion in 2019. Nearly $1.2 billion of losses reported last year were due to imposter scams, while online shopping accounted for about $246 million in reported losses from consumers.

Just over a third of all consumers who filed a fraud report with the FTC—34%—reported losing money, up from 24% in 2019.

The data echoes concerns by Chris Gerda, risk and fraud prevention officer at Bottomline Technologies, in an article for Banking Exchange in May 2020. He warned that fraudsters had “significantly expanded” their online campaigns to include messaging linked to Covid-19.

The FTC’s Consumer Sentinel Network received more than 4.7 million reports last year, including fraud reports identity theft reports and complaints related to other consumer issues, such as problems with credit bureaus and banks and lenders.

Of the identity theft reports received in 2020, 406,375 came from people who said their information was misused to apply for a government document or benefit, such as unemployment insurance, up from 23,213 the previous year.

In 2020, the FTC introduced ReportFraud.ftc.gov, an updated platform for filing reports with the agency.