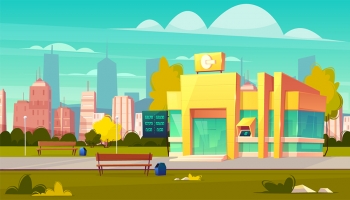 Three community banks have expanded their branch network with new openings or acquisitions this month.

On January 14, Wintrust Financial announced it had signed a branch purchase and assumption agreement with Greenwoods Financial Group, parent company of The Greenwoods State Bank, for three southwestern Wisconsin branch locations of its subsidiary Town Bank.

The deal, which is subject to regulatory approval, will see Greenwoods assume approximately $80 million of deposits and acquire the bank facilities and various other assets of three branches located in Albany, Darlington and Monroe, Wisconsin.

Bill McDonald, CEO of Greenwoods, said the purchase was an opportunity “to expand our presence in southern Wisconsin”.

The terms of the transaction, which is expected to close in the second quarter of 2021, have not been disclosed.

Also in expansion mode is Santa Cruz County Bank, which confirmed it had opened a new full-service branch in Monterey, California, having purchased the building in April last year.

The bank announced its plan to open its first branch in the Salinas/Monterey region in 2019, and hired Rich Aiello, senior vice president and relationship manager, to lead the effort.

Aiello said: “We are well positioned to help lead and support the community in the economic recovery of businesses impacted by the pandemic.”

Mountain America Credit Union announced its expansion into its sixth state with the opening of two branches in Montana.

Its new Billings branch will open on January 27, followed by a second location in Missoula in the spring of 2021, for which it is actively hiring.