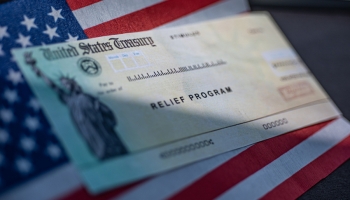 The American Bankers Association (ABA) has told its members to be ready to process fresh economic impact payments (EIPs) that are being sent out to millions of Americans from today.

Treasury secretary Steven Mnuchin and other official sources have signalled that consumers may have immediate access to their EIPs.

The ABA said that, since banks’ practices varied regarding early access to funds sent by ACH, bank contact centers should be prepared for questions about the availability of funds.

This second round of payments will provide critical economic support to those who have been adversely impacted by the Covid-19 pandemic.

The initial round of checks is expected to include 113 million payments with an estimated value of $112 billion. The IRS will also send 34 million checks and prepaid debit cards worth $30 billion.

In December, Congress passed a $900 billion economic relief package to provide further assistance to American consumers and businesses struggling as a result of the coronavirus pandemic, including a second round of EIPs.

The ABA, along with other financial trade groups, has called for greater clarity regarding rules and guidance for the PPP after the initial program, launched in April 2020, was beset by problems.

In a letter to the Treasury Department and Small Business Administration, dated December 23, the groups said they wanted all rules for PPP enhancements or new small business relief programs to be issued and finalized to minimize any program delays that could force business and lenders to alter loans.

“Detailed guidance given in an expeditious manner saves small businesses’ precious time and lets them use these programs faster and more efficiently,” the letter stated. “It also gives lenders a chance at a smooth reimplementation process with easy and open access to all.

“The PPP’s original expedited implementation process hit major roadblocks in its early days that took weeks to recover. We have a chance now to make sure we get it right and eliminate uncertainty and confusion.”