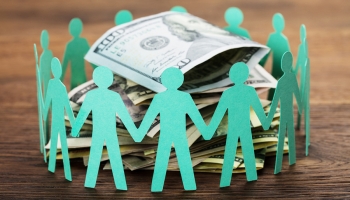 The American Bankers Association (ABA) is once again at loggerheads with the National Credit Union Administration (NCUA) regarding powers granted to large credit unions.

The NCUA’s board last week approved a rule allowing credit unions to issue subordinated debt to help them stay within regulatory capital perimeters.

“This rule is inconsistent with the chartered mission of credit unions to serve people of modest means and provides no demonstrable requirements credit unions actually serve those in need,” Nichols said.

He added that it was “troubling” that the NCUA itself had acknowledged that it did not have the expertise to oversee such “sophisticated financial instruments”.

“Congress should be concerned about this latest step by NCUA to further blur the lines between large credit unions and tax-paying banks, while adding a new layer of risk at precisely the wrong time,” Nichols argued. “We will consult with our members before deciding next steps.”

In the NCUA’s announcement of the new rule, chairman Rodney Hood said: “Federal credit unions borrowing in the form of subordinated debt is squarely within the statutory authority provided under law.

“I support giving complex credit unions the authority to prudently use subordinated debt as an additional tool to comply with risk-based capital requirements, and newly chartered credit unions the ability to use this tool to get up and running.”

The ABA made a similar accusation earlier this year after the NCUA proposed new rules for credit unions acquiring banks. The ABA’s senior director for banking policy, Justin Underwood, said in June the ABA believed that credit unions were  “aggressively targeting banks”  to expand their service provision outside of their collective mandates to serve low- and moderate-income individuals.