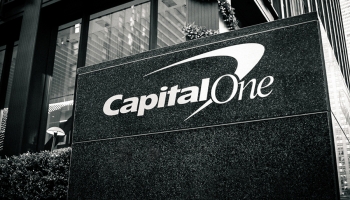 Capital One has ranked highest in JD Power’s latest customer satisfaction survey despite an aggressive shrinking of its physical branch network in recent years.

The JD Power 2020 US National Banking Satisfaction Study rated Capital One 688 out of a maximum possible score of 1,000, based on a survey of 8,877 retail banking customers.

Paul McAdam, senior director of banking services at JD Power, said: “Banks that have been most effective in managing the transition to a digital-first model have earned high marks for customer satisfaction in a year when mobile apps and websites have become a vital lifeline for banking customers.

“It is noteworthy that Capital One – a bank that has been aggressively reducing its physical footprint and currently has 46% fewer branch offices than it did five years ago – has earned the highest ranking in this study.”

Chase Bank ranked second with a score of 684, followed by PNC with a score of 680. The study covered eight of the US’s biggest national banks – defined as those with total deposits in excess of $200 billion – that between them account for 45% of all domestic deposits.

McAdam said the survey also indicated that “strong digital offerings have the added benefit of helping customers improve or maintain their financial health, a key feature in a time when so many are experiencing economic distress”.

The ranking follows a previous study by JD Power,  published in June, that found Capital One’s mobile app ranked among the top three from national banks for customer satisfaction, alongside Truist and PNC.

Ease-of-use, speed, and accessibility of common features were all ranked as important features of the best bank apps by the 17,500 survey respondents polled during March and April this year.