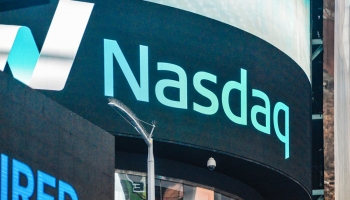 Two Texas-based bank holding companies – Texas Capital Bancshares and South Plains Financial – and one Maryland entity, Partners Bancorp, joined the index as of December 1, while one bank was removed as it exceeded the index’s size requirement.

In May it was forced to abandon a planned merger with Independent Bank due to the impact of the Covid-19 pandemic.

South Plains Financial – headquartered in Lubbock, Texas – is the parent company for City Bank, and had total assets of $3.5 billion at the end of the third quarter. South Plains also owns agriculture-focused Windmark Insurance.

Partners Bancorp is based in Salisbury, Maryland, and is the holding company for The Bank of Delmarva. It had $1.5 billion in assets as of September 30 according to its latest earnings release.

In August this year, Partners Bancorp rebranded from Delmar Bancorp following its 2019 merger with Virginia Partners Bank. The company listed on NASDAQ in May 2020.

Meanwhile, Banco Popular’s holding company, Popular Inc, has exited the ABA NASDAQ Community Bank index. The ABA said it no longer qualified for the index as it held one of the 50 largest banking charters in the US.

Following the changes to the index, it now includes 309 community banks with a combined market capitalization of $222.5 billion.

Five banks were added following the last review in June.

Over the course of 2020, the ABA NASDAQ Community Bank index has fallen by 18%, according to NASDAQ. However, over the past month the index has climbed by 14.5%. Over five years, the benchmark has risen 8%.