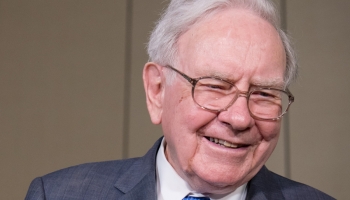 In a regulatory filing covering Q2, filed on Friday (14 August), Buffett’s firm disclosed it had sold 85.6 million shares in Wells Fargo, reducing its stake from 7.9% to 5.8%. It also sold 35.5 million shares of J.P. Morgan and cut stakes in M&T Bank, Bank of New York Mellon, Goldman Sachs and US Bancorp.

Many commentators are fearful that Buffett, a vocal and long-running critic of gold, has signified he is much more bearish on the U.S. economy after selling billions of shares in the nation’s banks.

In a recent episode of his podcast, The Peter Schiff Show, financial commentator and Euro Pacific Capital CEO Peter Schiff called the trade by Buffett a “massive about-face”.

He said: “Publicly he’s been trying to put a happy face on everything… well, he’s betting against America now. That’s exactly what he’s doing now by selling American banks and buying Barrick Gold.

“He knows if he thinks stocks are expensive and he just wants to hold cash, it will lose value. He understands the Fed is printing all this money and he can’t get any interest if he puts this money in the bank. So what Warren Buffett is saying is he believes assets are overpriced, but he doesn’t want to be in dollars because he doesn’t want to get hit by inflation. This is a massive about-face.”

Schiff’s comments come as Berkshire Hathaway significantly cut its stake in some of the largest U.S. banks in the second quarter.

Overall, Berkshire Hathaway dumped $12.8bn of shares in the second quarter of the year.

And in surprise to many, Buffett then initiated holdings in a new company – Barrick Gold, the world’s second largest gold miner. Shares in this company rallied 7% after this news circulated.

As Buffett has long been a critic of gold, many analysts are now fearful this move reflects a new bearish attitude. Popular blog Zero Hedge wrote it is: “a signal that none other than the Oracle of Omaha appears to be now quietly betting against the US… the famously anti-gold investor has abandoned banks – the backbone of America’ credit-driven economy.”

Regular Buffett commentator David Kass, a professor of finance at the University of Maryland’s school of business, said: “He’s showing extreme caution by basically lightening up on his major banking investments, except for Bank America.”