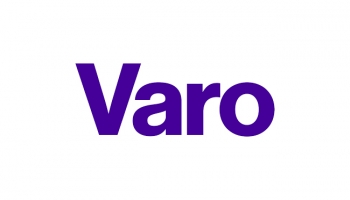 The Office for the Comptroller of the Currency (OCC) approved the official charter for Varo Bank NA in June, and the new bank opened for business on August 1.

The approvals mean Varo deposits are insured with the Federal Deposit Insurance Corporation (FDIC) and the bank is fully regulated by the OCC and the Federal Reserve.

In a statement, Varo said it would seek to expand its services to “more holistically target a broader set of customer needs including financial resiliency, affordable access to credit, and easier management of volatile cash flows”.

Varo Money launched in 2015 and first applied for a national bank charter in 2017. According to its website, its smartphone app has been downloaded more than 4 million times with $405 million of “total savings inflow” into accounts provided by The Bancorp Bank.

Founder and CEO Colin Walsh said: “2020 has been challenging for many of us across the country and has highlighted, once again, how the traditional financial system is not meeting the needs of hardworking, everyday Americans.

“The ability to operate as a full-service national bank gives Varo more freedom to deliver the kind of innovation and allyship that many Americans have never had from their bank before. We are excited to lead a new wave of financial inclusion by offering fair, transparent, intelligent, and comprehensive financial services to all.”

Numerous studies and market research reports have found that embracing and investing in technology – in particular online offerings and mobile banking services – will be increasingly important for banks to succeed in the future.

The Covid-19 pandemic has accelerated technological shifts and underscored the importance of banks’ investment into technology as well as cyber risk preparedness.

“Granting a national bank charter to Varo marks an evolution in banking and a new generation of banks, born from innovation and built on technology intended to empower consumers and businesses,” said  Brian Brooks, acting comptroller of the currency.

The charter meant Varo had “survived our rigorous vetting” and met all the standards necessary to operate across the US, Brooks explained.

He added: “As a new national bank, Varo joins the world's most respected system of financial institutions and has the opportunity to become a household name as many other national banks have become.”

Varo claims to have saved its customers more than $90 million in overdraft fees since 2015, and has also removed ATM charges and account fees, instead making its money primarily from merchant charges and from other companies paying to offer products and services to its client base.

It was also part funded by The Rise Fund, a venture capital project set up by investment house TPG that backs companies helping to address the United Nations’ Sustainable Development Goals (SDGs). It was backed by entrepreneur Jeff Skoll, the first president of eBay, and Bono, the lead sing of rock band U2.

“We created The Rise Fund to back paradigm-shifting entrepreneurs and ideas and that's what we see in Colin and the Varo team,” Bono said.

“Their focus on expanding access to affordable, accessible digital banking is one small but important step in the bigger mandate to remove the barriers to banking and other financial tools that are too often too difficult, or expensive, for everyone to access.”