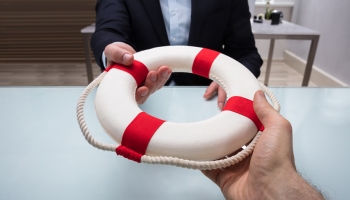 The deadline for applications for Paycheck Protection Program (PPP) loans has passed – but US policymakers are pushing for an extension to August 8.

The PPP closed to new applications at midnight on Tuesday June 30 with approximately $134 billion of the $660 billion small business aid package unclaimed.

However, according to Bloomberg, the US Senate yesterday unanimously passed a bill proposing an extension to the program until August 8.

The House of Representatives has yet to vote on the plan.

In addition, Bloomberg reported that the PPP was likely to be amended to require applicant to show revenue losses in order to qualify for new loans, citing Republican senator Susan Collins.

Last month, regulators granted borrowers more flexibility over PPP loan forgiveness, including allowing companies to qualify for forgiveness for up to 24 weeks after receiving their first payment.

According to data from the Small Business Administration (SBA), as of June 27 the program had delivered 4.8 million loans through 5,458 lenders, totalling $518.9 billion.

Rob Nichols, president and CEO of the American Bankers Association (ABA), said: “After overcoming initial problems at launch, the SBA’s Paycheck Protection Program has provided a critical financial lifeline to small businesses across the country.

“Working in partnership with the federal government, banks of all sizes stepped up to deliver over $500 billion in PPP loans that helped small business customers in need, despite challenges from the ongoing pandemic and changing regulatory guidance. The size, scale and speed of the response was unprecedented.

“According to the Treasury Department, the 4.8 million PPP loans supported an estimated 50 million jobs. Unfortunately, there are still too many Americans and too many businesses feeling economic pain from this pandemic.

“As PPP expires, America’s banks will continue to support their business customers and do their part to spur the economic recovery to come.”

The latest data from the SBA showed lenders with less than $10 billion in assets accounted for half of all loans and 44% of the total lent through the PPP.

Last week, Maine-based Northeast Bank announced a deal with SME lender The Loan Source to sell its $457.6 million portfolio of PPP loans in exchange for an origination and correspondent arrangement for future loans made through the program.