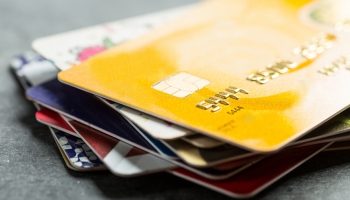 Credit card providers could take a combined hit of as much as $130 billion over the next two years due to the longer-term impact of the COVID-19 pandemic, according to consultancy firm McKinsey.

With unemployment forecast to hit a near-record high of 20%, based on the latest estimates from the Treasury Department, more and more consumers are expected to struggle to repay their debts.

Experian data from the end of 2019 showed that US households had on average $8,400 in credit card debt. This contrasted with an estimated $3,000 in financial assistance per household on average from the government’s various aid packages.

The consultancy group estimated that delinquent credit card accounts could lead to losses of between $15 billion and $25 billion in the next three to six months.

McKinsey’s warning echoes that of the Federal Reserve, which warned in its latest Financial Stability Report that the financial sector’s vulnerabilities in the current crisis were “significant” despite post-2008 reforms.

In the past two months, banks across the US have suspended debt collection and foreclosure activities as part of their measures to alleviate short-term pressure on customers.

Many have granted deferred payments on debts including credit cards, but the consultancy partners warned that this could “break good habits for consumers regularly making payments” and increase the likelihood that debts would not be paid off.

The McKinsey authors said state authorities and federal government could put further measures in place to “curtail outbound collection activity significantly over the next few months”.

Operational issues related to enforced remote working and staff sickness have also affected lenders. With lockdown measures only just starting to be relaxed, McKinsey said lenders would continue to be reliant on digital services. However, “many do not have mature or well-orchestrated digital channels or self-serve platforms”.

A number of banks have already increased their loss provisions in anticipation of a difficult period ahead, while regulators have relaxed some capital rules temporarily to allow lenders to support their customers in the short term.

The McKinsey authors said rules governing provisions for expected losses could also be relaxed in the near future. However, they added: “With the prospect of rapidly rising delinquencies, the net result may still be an increase in total provisions, especially if we see the wholesale aging of accounts that are already in late delinquency”.