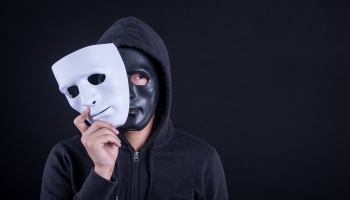 You call your nationwide bank and apply for a forgivable loan under the Paycheck Protection Program, one of trillions worth of relief measures that the United States government enacted to combat the economic consequences of the coronavirus pandemic. You also apply for an Economic Injury Disaster Loan, hoping to at least receive a freebie $10,000 grant. You apply for new unemployment insurance benefits designated for the self-employed, too.

It would be logical to apply for all three programs because they run out of money quickly. Lawmakers keep topping them up, so best to get in line now.

You incorporated your metal sculpting studio as a business years ago but haven’t done much with it since you started using the studio as a crash pad when you rent out your apartment to tourists for extra money that you don’t declare. Your shady accountant, however, has used the business to shift around your income and expenses from painting to lessen your taxes. You also employed assistants when you sculpted decorative aluminum horseshoe crabs that you no longer feel inspired to create. That gives you an idea.

You apply for a second Paycheck Protection Program loan through another small, local bank where your cousin works and can expedite your application. You apply for a second Economic Injury Disaster Loan using the business’s information because. A friend agrees to represent themselves as your assistant whom you hired in January but had to lay off because the upcoming tourist season is shaping up badly. Your friend applies for unemployment through the state while your federal applications are pending. He agrees to kick back a few bucks to you.

This hypothetical artist is almost certainly breaking a few laws. The question is, will anyone ever know? Despite complaints that the U.S. government is moving too slowly and not doing enough, officials have dumped an enormous amount of money into the economy in a matter of weeks. That means the environment is ripe for fraud.

Consider how Bill Barofsky, who ran the Troubled Asset Relief Program, or TARP, after the 2008 financial crisis,  estimated  that fraud consumed around 10 percent of that stimulus package. Today, between the government and Federal Reserve, the US had dedicated more than $6 trillion to coronavirus relief. That means fraudsters could be absconding with $600 billion right now. That number is probably low. TARP was designed for a relatively small cohort of financial institutions. Current federal aid programs are retail in comparison.

Our leaders understandably want to move fast. A popular neighborhood restaurant on the brink of collapse needs financing now. Otherwise, when it disappears, its replacement might take years to achieve the same level of success, harming the owners, employees and vendors. But speed creates opacity. As the Small Business Administration shovels money out the door, who knows if business owners have inflated their payrolls (what investigators call stuffing) or received stimulus funds and laid off people anyway (shedding?)

What happens if a loan recipient defaults? Who proves if a business has legitimately failed or not amid a massive economic contraction? Who pays for the investigation, interdiction and recovery in cases of fraud? The government? Legitimate fears of overreach have resulted in cuts to federal capacity. State governments are staring at yawning budget gaps as sales tax receipts and other revenues plunge. Should we hold responsible the bankers who were reluctant to process the loans in the first place? Some institutions are already  calling  for a suspension of “know your customer” requirements to prevent money laundering.

As Congress and the White House enact more stimulus measures, they need to reframe stimulus loans as a new asset class with dynamic risk and assign clear responsibility for fraud liability. Detecting financial crime is not like looking for a needle in a haystack. It’s like looking for a needle in a stack of needles. Six hundred billion dollars is a lot of needles. Even a ne'er-do-well watercolorist knows that.