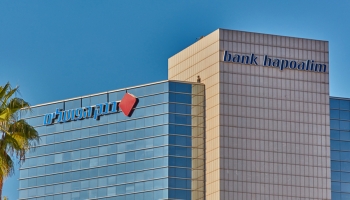 Israel-based Bank Hapoalim has been fined a total of $874 million by US authorities for its involvement in a money-laundering scheme linked to international soccer body FIFA.

The bank has agreed to pay fines including $37.35 million to the Federal Reserve Board, $220 million to New York State, and $9.3 million to the Department of Justice (DoJ), according to press releases from the agencies.

The DoJ said Bank Hapoalim, which has operations in the US, had admitted that it – along with a Swiss subsidiary – had “conspired to launder over $20 million in bribes and kickbacks to soccer officials” between December 2010 and February 2015.

The bribes and kickbacks totalled “at least” $20.7 million, the DoJ said, in return for which officials “awarded or steered broadcasting rights for soccer matches and tournaments” to certain sports marketing executives and their companies.

The bank and its Swiss subsidiary also admitted to laundering money for Luis Bedoya, the former president of Columbia’s soccer federation and member of FIFA’s executive committee.

“This announcement illustrates another aspect in the spider web of bribery, corruption and backroom deals going on behind the scenes as soccer games were played on the field,” said William Sweeney, assistant director in charge of the FBI’s New York Field Office.

“Bank Hapoalim admits executives looked the other way, and allowed illicit activity to continue even when employees discovered the scheme and reported it.

“The New York FBI Eurasian Organized Crime Task Force and our law enforcement partners have doggedly pursued every strand uncovered in this criminal investigation, and will keep at it until they root out all of the bad actors.”

The New York Department of Financial Services’ (DFS) $220 million fine relates to the bank “having knowingly facilitiates US clients’ evasion of state and federal taxes”.

“There are some, however, who went to great lengths to avoid paying their share, and Bank Hapoalim offered a whole array of services to US citizens, including New Yorkers, that knowingly facilitated their tax evasion. DFS will not tolerate such behavior from banks that operate in the State of New York.”

Bank Hapoalim had not responded to a request for comment by the time of publication.

US authorities have been conducting an in-depth investigation into alleged bribery and corruption at FIFA, which is responsible for governing professional soccer worldwide, since the FBI made a series of arrests in 2015.